The fruitlessness of trying to live without Jesus

The formerly majestic orange tree in The Soulful Catholic’s backyard provided a powerful metaphor for the current malaise in America.

From a distance, the little tree looked healthy, boasting an abundance of dark green leaves. Upon closer inspection however, the branches were covered with sharp thorns and there wasn’t a single orange to be had, even though our other citrus trees were covered with tasty fruit ripe for picking.

This sad state of affairs began two years ago when a disease attacked our orange producer and slowly drained the life out of it. That spring, a few “sucker” branches began shooting out of the base of the once-magnificent tree. The next thing we knew, they’d taken over the entire shrub.

One gardening website calls these sucker branches “little devils” for their propensity to suck the life and nutrients out of citrus trees.

The rise of secularism in America poses a similar threat to our nation’s well-being.

Jesus tells us very plainly, “I am the vine, you are the branches. Whoever remains in Me and I in him will bear much fruit, because without Me, you can do nothing (John 15:5).”

The growing number of Americans who have abandoned the Christian faith should alarm us, but instead, we’ve been lulled into a false sense of security. Why meditate on Scripture when you practice mindfulness? Why turn to the Lord Jesus in prayer to deal with anxiety when you can go to the corner store and purchase recreational marijuana? Why seek the sacraments when you can practice yoga?

Although built on the solid foundation of Western civilization and the Judeo-Christian ethic, so many elements of our culture today seem to have been hijacked by secular compatriots who have fallen for the same host of lies that trapped Adam and Eve. Thinking themselves the makers of truth, our misguided fellow citizens have abandoned the collective morality that once undergirded our system of laws and government. Believing they know better than God, they’ve attempted to redefine what it means to be human.

That we are made in the image and likeness of God, created to know, love and serve Him, has been replaced with a new ethos, one devoid of Christ.

God, in His infinite love for us, respects our free will and allows us to continue to skip along our merry way, ignoring His warning that without Him, we can do nothing. He will never force Himself on us but continues to invite us to turn to Him.

Next week, my husband will wield an ax and cut down the sad little tree in our backyard. He’ll bundle up the branches and toss them in the trash bin where they’ll eventually be taken to a landfill to decompose and return to the earth.

And I wonder: How much longer will God’s justice be held back from judgement against a country that celebrates the seven deadly sins and turns its back on the One who has blessed this land so immensely, the One who died to set us free?

Let us rededicate ourselves to sharing the Good News that Jesus transforms lives, allowing us to live in true freedom. Jesus conquers sin, death, depression and anxiety. His love heals broken hearts and mends wounded souls. He vanquishes addiction and gives meaning and purpose when life seems meaningless. He forgives our sins when we repent. Jesus is the solution to every problem, every thorny predicament, every so-called lost cause, and we in our stubborn pride continue to look elsewhere. It’s almost as though there’s a mantra out there of “Anything but Jesus. Anything but Christianity.”

Everybody claims to want solutions, but few are willing to turn to the Lord who IS the solution.

He is the Vine and we are the branches. Without Him, we are lost and can do nothing. 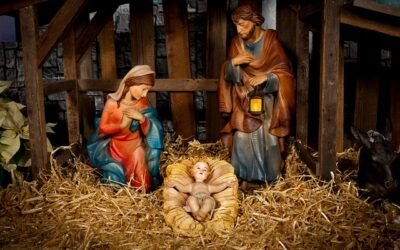 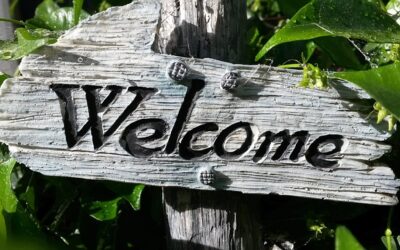 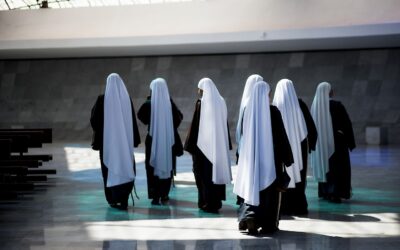