The age of persecution is now … read about it in these two novels!

A novel by Joyce Coronel 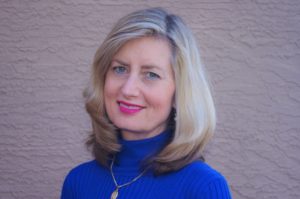 I’d been writing for the newspaper for years, but when I stumbled on an amazing story of faith, I knew it was much bigger than just one article. That’s how an apostolate of building solidarity with the persecuted Christians of Iraq and my first novel, “A Martyr’s Crown” were born. “Cry of Nineveh,” a second novel, was released Nov. 18, 2016.

Over the past seven years, I’ve traveled the country, speaking to Catholic organizations, parishes, conferences and at retreats and seminars, sharing a story of conversion and healing. From Michigan to Los Angeles, and Indiana to Fresno, I’ve been humbled to tell how God’s mercy and the faith of martyrs changed my life and saved my soul. Please click on the link below to invite me to speak in your hometown! I give Advent and Lenten missions, women’s retreats and powerful presentations about the Catholic faith designed to build deeper faith in Christ.

Joyce Coronel  is a member of the elite Catholic speakers organization CatholicSpeakers.com

Click here link to view her profile and book a speaking engagement. 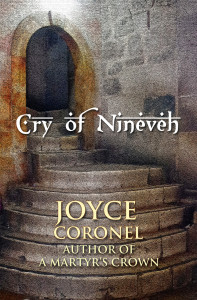 As with “A Martyr’s Crown,” the new book is based on years of interviews with Christians who have fled the violence and persecution in their native Iraq.

While the world was initially shocked by the takeover of Mosul by ISIS, people have now turned their eyes to other issues. Whether it’s the latest political scandal, the immigration debate or other headlines, the ongoing injustice against Christians has been largely forgotten.

Coronel’s aim is to move hearts and motivate readers to embrace their Christian faith with renewed vigor and sincerity. And then to take action, particularly on behalf of the beleaguered Christians of the Middle East.

“Think of what Hollywood has been able to accomplish with movies about hot-button topics. They pull you in with a story that moves your heart and have been able to shape public attitudes on a number of issues — for better or for worse,” Coronel said. “Why shouldn’t a Catholic author do the same thing?”

“Cry of Nineveh” movingly depicts the story of how the violent persecution of Christians in Mosul impacts one family. It’s also a close-up view of a man named Joe Campbell, an Iraq War combat veteran haunted by what he experienced in battle.

Here’s what some of those who have reviewed the book had to say about it:

Spectacular.  The characters of Cry of Nineveh are very believable and compelling.  Their stories tell the real, flesh and blood story of heroes and villains in our midst. They also help us go beyond, to see that our ultimate struggle is between the forces of darkness and Jesus Christ, the only One who can give us true peace.

Well done and inspiring! A real strength of the book is that the author brings the characters alive, that we see through their eyes the struggles of veterans, families and friends; that we see the real impacts of the ISIS takeover of Mosul and the impact on Christians in the war zone.

A compelling, gripping story not very far from real events happening in Iraq, written with great attention to detail. An expertly executed novel that keeps you at the edge of your seat.

— Maha George, who survived a shooting and fled Iraq in 1997

A novel by Joyce Coronel

American journalist, Sarah Castillo, who blames her husband for her teenage son’s death, has a life-changing encounter with a Catholic priest who survived torture at the hands of jihadists. Sarah meets Fr. George Rama when she asks him for a quote about an attack on a Catholic church in Iraq.

Through Fr. Rama—and the lessons of her late father as related in his journal—Sarah learns what forgiveness, faith and love really mean. Her newly acquired friend, Sholeh, an Iranian immigrant who has converted to Catholicism from Islam, proves a staunch ally in Sarah’s quest to help Fr. Rama’s struggling community of Chaldean Catholics. 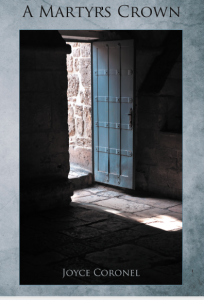 A Martyr’s Crown is the fruit of two years worth of interviews and work among the Chaldean Catholic immigrant community in Phoenix, Arizona by Joyce Coronel.

In November of 2010, while on assignment for The Catholic Sun, Coronel stumbled on a story she said deeply affected her and changed her life forever.

She heard about an attack on a Catholic Church in Baghdad, Iraq in which 58 people were killed. What began as trying to get a local angle on the story turned into a series of articles about the struggles of the Chaldean Catholics both in Iraq and in the United States. It was also the beginning of a beautiful friendship between Joyce and many local Chaldean Catholics

In 2011, Coronel became a catechist at Holy Cross Chaldean Catholic Mission in Gilbert. “I’ve learned to see our Catholic faith through the light and beauty of the East,” Coronel said. “The tremendous, ongoing suffering of the Chaldean people and indeed of all Christians in the Middle East is scarcely known. I hope to draw attention to that with this book.”

Coronel, who grew up in Phoenix and is the mother of five sons, has been active in the pro-life movement since her high school years. She says the plight of the Chaldean people and Christians in the Middle East is very much a concern for those who care about defending human life.

“Those of us who care about the cause of life need to understand the very grave suffering of the Christians of the Middle East, so long ignored by the media. Throughout the Middle East, being a Christian is fraught with danger,” Coronel said. “From discrimination to death threats to outrageous demands for payment of the so-called infidel tax, Christians in the region continue to be persecuted for their faith. More than half of the Christian population has left Iraq in the last few years. It’s an immense tragedy.”