Press check: We need journalists formed by the Gospel, not the mainstream media

With the click of a button, it was over.

Twenty years in the world of newspapers ended on an ordinary Friday afternoon last week as I walked away from being editor of an East Valley publication.

It was bittersweet. I’d made some wonderful friends through the years there and will truly miss the camaraderie. After spending most of my career working in the Catholic press, the six-year stint at a biweekly community newspaper was a shift for The Soulful Catholic. I’d gone from covering the Church to suddenly having to familiarize myself with neighborhood brouhahas and the proceedings of cities and public-school districts. At the same time, I had a side-hustle writing for the Catholic press.

Somehow, no matter how busy things got, I couldn’t tear myself away from writing about our faith. For years, the Catholic press possessed a two-fold objective: to inform and inspire. As objectives go, those were noble aspirations.

Today, I see the Catholic press as having an even greater responsibility. We are called to evangelize through our stories, to literally share the saving message of Jesus Christ and the Gospel. We are called to show our readers what discipleship looks like, what holiness costs and how it is lived out. We are called to re-evangelize a culture that has largely turned away from God and invite Catholics home to the Church established by Christ.

With a growing segment of the U.S. population identifying themselves as atheist, agnostic or “nones” (having no religious preference) this new calling for the Catholic press is urgent. We need writers who have had a personal encounter with Christ and have been formed by the Gospel.

Take a gander at the mainstream media and ask yourself if the reporting there reflects a Christian worldview or if the context of its articles reflects Christian values. What kinds of questions were asked in the reporting? Who is quoted? What didn’t get asked?

It’s not easy to dig up data on how many committed Catholic or Christian reporters there are in the mainstream media, but if newsrooms mirror society, you’ve got to believe the number has declined. Although 65 percent of Americans identify themselves as Christians, I have a hard time believing that number transfers to the average newsroom. There’s a reason pro-lifers and Christians are regularly portrayed as fanatics.

Christianity, to the secular media, is a murky unknown. It doesn’t take too much imagination to see that in the secular newsroom, people who cherish their Christian or Catholic faith and try to live by its ideals may be viewed as charming at best, but nut cases and bigots at worst.

Staunch Christians who dare to enter the secular newsroom may find colleagues who have difficulty relating to a person whose life is primarily centered on Christ and the Gospel, not the 24-hour news cycle. Staying up-to-date on current events is certainly important — and for journalists, critically so — but for the Christian, it isn’t the lens through which the world is considered.

And, if Western civilization, read Christianity, is an outmoded relic of the past (this seems to be the overall theme of current mainstream media) then everything must be filtered through a worldview in which God either doesn’t exist, or if He does, is largely unknowable.

This is precisely where the Catholic press can shine a light in a world filled with darkness and sin. Jesus Christ, yesterday, today and forever, is our hope, our anchor and the One who calls us by name for His purposes.

After bidding farewell to my colleagues and friends in the local, secular media, I remain committed to writing articles that inform, inspire and evangelize until God calls me home for that final press check — the one that in the end, matters most. 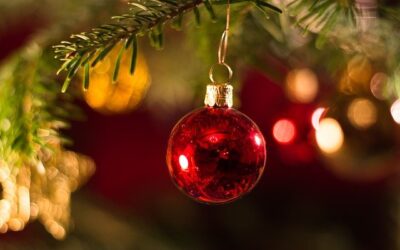 Placing the last few ornaments on the Christmas tree, the lyrics of a traditional carol floated around The Soulful Catholic’s living room:
A thrill of hope; the weary world rejoices
For yonder breaks, a new and glorious morn. 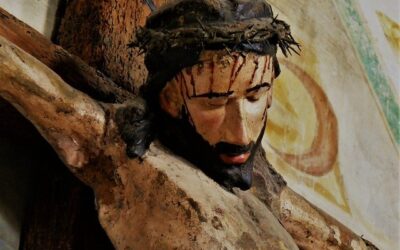 You can always count on the Truth. Feelings? Not so much.

It was the kind of headline that appeals to the self-delusion and selfishness that characterize the darkness into which our post-Christian Western civilization has sunk: “Your feelings are your truth.” 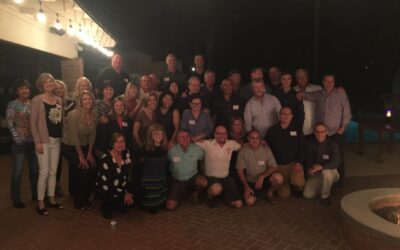 Members of the Class of 1981 are a little older and wiser--and still good friends. “That’s where it used to be,” I gushed as my husband and I flew down 44th Street in Phoenix past a long-term hotel on a recent Saturday night. It was going to be a quiet evening at home...