The sound of laughter punctuated the stillness of the afternoon.

Every summer, seminarians from the Diocese of Phoenix are given assignments while they’re home on break. Some are sprinkled throughout parishes but a few wind up at the Diocesan Pastoral Center in downtown Phoenix. It’s kind of a quiet place, for the most part.

At least until our band of brothers shows up.

Four young men ages 20-24 preparing for priesthood are spending the hot summer months working alongside Kevin Starrs, director of prison ministry for the Diocese of Phoenix.

Starrs’ office is directly across from the Soulful Catholic’s cube at the DPC, so the sounds of youthful male shenanigans is standard on weekday afternoons here. After spending the day visiting prisoners, it’s time for a little release in the form of a push-up challenge.

The guys cheer as their comrade finishes triumphantly, stands and grins.

“Is there a party going on over here?” the Catholic schools superintendent asks as he peers around the corner.

Not exactly. But close.

All that boyish energy has entered the building again and livened things up.

“It’s body, mind and spirit,” Starrs says. “A lot of times, I notice people in religious life sometimes let the physical piece go. It doesn’t have to be off-the-charts physical, but just something.”

Every afternoon, just before heading home for the day, the push-up challenge erupts. When a graffiti-enhanced cinder block is placed on one seminarian’s back, the challenge kicks up a notch. Even Vicar for Evangelization and Education Fr. John Nahrgang drops to the floor and gives Starrs 12 (he’s 42 years old, after all.) He’d just finished telling the seminarians how he and fellow Notre Dame students back in the day were doing a U.S. Navy SEAL team fitness program for a few weeks. Uh-huh. The men stand watching, arms folded. Fr. Nahrgang doesn’t disappoint.

“I’m the one who came up with this idea,” Starrs chuckles. “Now they make me get over there when I don’t feel like doing it.”

It’s a solid break from spending the day inside prison walls. So what’s it like going inside the big house?

Connor Companik, who will soon begin his second year of theology, says his perception has shifted since beginning his summer assignment three weeks ago.

“My expectation going in was the guys would be unresponsive or ungrateful or hardened, you know?” Companik says. “Within the first week, I was blown away with how willing they were to show up, to engage in the conversation, to share about their lives and how appreciative they were of people like us coming in to spend time with them.”

His fellow seminarian, William Lai, offers a similar take. Though he has only been in the country four years after leaving his native Vietnam, he expresses himself well in English.

“Before I went to the prison, I was really scared. It seemed kind of dangerous. But once I entered, it completely changed my mind,” Lai confides. “Like, they was so nice, they talk like us. I figured out they have some sad situation in the past that caused them to be in prison.”

And into that dark space, light has entered in the form of these buoyant young souls eager to serve the Lord. The seminarians, guided by Starrs, pray with the inmates and even sing to them. In Latin.

“I really like bringing sacred music to people. We’ve only had a taste of it, singing Tantum Ergo at the prison, but I think they’ve been really appreciative of it. I don’t know that they get the chance to hear music sung, especially in Latin, so I hope it was a blessing,” Companik says.

Starrs, who earlier in life was not a fan of Latin hymns, says the music was deeply moving.

“It brought all of us to tears.”

“Yeah, the inmates and me,” Starrs says. He’s spent the last 30 years ministering to those behind bars.

“They had never heard it. I didn’t care for it, and I was the one to ask them to sing it.”

Pausing, he searched for a way to explain the dichotomy.

“You go into a flower shop and there’s tons of flowers and it’s fine, you know, but there’s just tons of flowers. So that’s kind of what the Latin was for me in the Church. It was just with a whole bunch of other stuff.

“But then, it’s like, if you take a beautiful bouquet out of the flower shop and you get down and put it in a dirty alley and then you’re walking down that alley and you look, and you see that bouquet and you’re like, ‘Whoa! That’s beautiful!’ But in the flower shop you didn’t see it that way. There’s just tons of flowers.”

“Powerful. It was so powerful.”

Four times a week, Starrs leads the men into area prisons to hold a Communion service for inmates.

At the end of the service, Starrs asks Williams to pray in Vietnamese for the prisoners.

The best thing about having the seminarians with him, Starrs says, is their enthusiasm.

“It’s their energy — their youthful energy and their desire to do good with God’s work.”

We need that energy in our Church — lots of it. We need it to light up all the dark spaces and break down walls and move hearts.

So bring your crying babies, giggling tweens and yes, those bursting-with-life seminarians and young people. Jesus wants them all. Right here in the middle of the beautiful noisy mess we call Church. 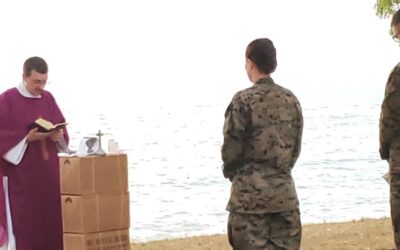 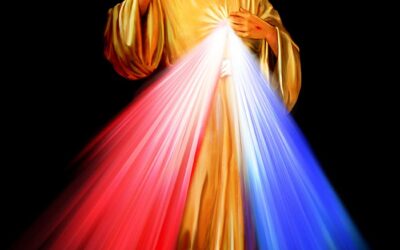 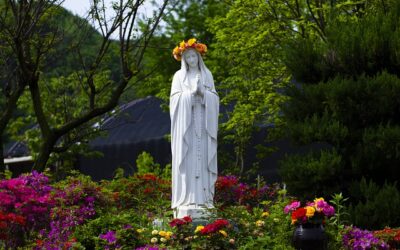