“That’s where it used to be,” I gushed as my husband and I flew down 44th Street in Phoenix past a long-term hotel on a recent Saturday night.

It was going to be a quiet evening at home reading, at least until The Soulful Catholic’s better half got wind of the 40th class reunion for the now-defunct (yet still beloved) Gerard Catholic High School.

Founded in 1962 and named after Monsignor Edward Gerard who built St. Mary’s Basilica, the school drew students from parishes in Phoenix, Scottsdale, Tempe and Mesa. In the early years, boys who attended Gerard wore red blazers, giving rise to the school’s mascot, a burly Redcoat in a tricorn hat, his hands balled up in fists.

Walking into the reunion was a step back in time. Members of the bygone football team were there to greet us and hand out name tags, not that they were needed. There are some faces you just never forget, even after 40 years.

Remember the various social strata in high school? They don’t exist anymore once you get to a 30- or 40-year reunion. The passage of time proves a great equalizer as former jocks, brainiacs, cheerleaders and wallflowers mingle, sharing how the years have brought marriage, children, success, challenges and yes, a few heartaches.

The fortieth anniversary of the day they handed us our diplomas and we charged into the future had mellowed us. Tempered us. Members of the Class of ’81 have by now almost all lost their parents, some even siblings.

Not only that, just eight years after we marched across that stage in our red and gray caps and gowns, we lost our school when declining enrollment led to the closure of Gerard.

I made a point of NOT driving down 44th Street after that last bell rang out, unwilling to witness the bulldozers knock down the walls of the place my friends and I learned, mostly, how to be adults. Just two years before Gerard’s walls came crashing down, the childhood home I’d grown up in was also razed, the neighborhood falling prey to eminent domain.

“It’s like your past is being erased,” my mother commented at the time.

Standing there at the reunion, chatting with friends as well as people I didn’t interact with much back in high school, was strangely surreal.  My original plan had been to attend the reunion and leave shortly after dinner. Nearly six hours later, we were still saying goodbye. After all, the table with the portraits of classmates we’ve lost through the years has become more crowded. There’s a certain realization that many of us might not see a 50th reunion.

We sang the fight song — somehow the lyrics lingered in our minds despite the passing of years — and one classmate even led us in the “Spirit of ‘81” chant. It was oddly comforting.

I came away profoundly touched by the love and sincerity of my classmates, some of whom I hadn’t seen in years but who stayed in my consciousness because of the time we’d spent together in Catholic school. More than a few of us had been together through Catholic elementary school as well and so the bonds of friendship ran especially deep. I could have sworn one classmate looked exactly like his father. An old friend said, a bit shockingly to me at least, that I reminded her of my mom. “We’re turning into our parents,” my bestie chuckled later.

Would that I were half the person our mothers and fathers were. They were magnificent. They cherished their Catholic faith and passed it on to us.

Do I wish the school were still there? Of course. But what I learned that Saturday night is that community, friendships and love outlast every configuration of bricks. Yeah, there’s a certain vibe Redcoats sense when they pass the corner of 44th Street and Oak, but it’s the sure knowledge that the Catholic faith and affection that bind us together never end.

When we raised our voices in prayer that night, thanking God for the sacrifices our parents made so that we could attend a Catholic school, I had a sense that Redcoats near and far still carry in their hearts the experience of being part of a community that lives on, even without a building to contain it.

As our English lit teacher taught us and in the words of Alfred Tennyson, “Love is the only gold.” 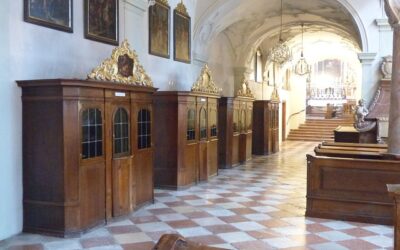 The joy of the Lord must be our strength, no matter what’s going on around us

The Soulful Catholic was feeling especially beloved by God on Oct. 1, the feast of St. Therese of Lisieux. Ever since reading the children’s version of the saint’s biography at the tender age of 8, there was a kinship with this Doctor of the Church, a French Catholic nun who was unknown to the world until after her death at age 24. 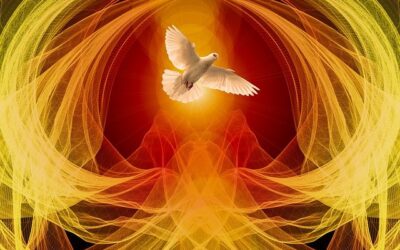 The sheaf of papers in a bulky envelope from the health care system our family belongs to arrived in the mail. Along with all the instructions for the procedure I was to have done was a document with one short paragraph. After filling in my name, I was expected to sign it before a witness. 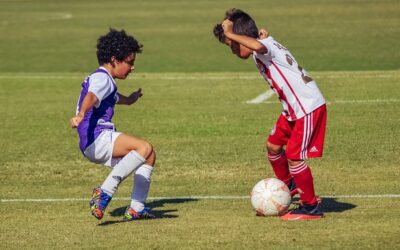 Want real freedom? Jesus Christ shows us how to be truly free

The 12 sets of eyes staring back at me pondered the question: What would happen if at your next soccer game, there were no rules? You could pick up the ball with your hands if you wanted to, even if you weren’t the goalie. There’d be no out-of-bounds at all. And, the score would be whatever you wanted it to be.